HomeAbout UsHistory
A- A A+

History of the YWCA of Northwest Ohio

The YWCA of Northwest Ohio is dedicated to eliminating racism, empowering women and promoting peace, justice, freedom and dignity for all. This mission statement was adopted by the YWCA USA General Assembly in 2009.

The YWCA has existed in the Toledo area since 1870, when the Women’s Christian Association opened a residency for young women who came to “the big city” (Toledo) to work. In 1891, it incorporated to become affiliated with the National YWCA.

During the early decades of the 20th Century, sewing and reading classes, physical fitness activities for women and advocacy on behalf of women were important issues. 1903, the YWCA was operating a cafeteria for 200 women and a two-floor residency. In 1905, the YWCA was helping women find employment and teaching English to immigrants. 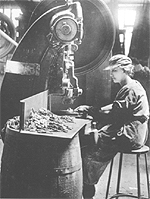 The YWCA originally was located in a house. In fact, the YWCA had many “homes” within a two to three block area of its present location at 1018 Jefferson Avenue. In 1908, the cornerstone was laid for the residency and administration building. The residency entrance faced 11th Street and the administration offices faced Jefferson Avenue. They were connected by a covered walkway. The cost of construction was $125,000. In 1951, the Health/Fitness wing was added. The old building was razed in 1954 and the administration was moved to store rooms.

Public Policy Addresses the Needs of Women
The goal of the YWCA is to pursue a public policy program, which addresses issues, and conditions, which affect women and children at the local, national, and international levels. Public policy issues are addressed by the Racial Justice Committee, the Board of Directors and staff in the areas of peace, teenage pregnancy prevention, racial justice, world YWCA issues, equity, domestic violence, health, and other women’s issues.

Sound Fiscal Accountability
The YWCA receives approximately 75% of its $4.6 million budget from government grants.  Other sources of income include United Way of Greater Toledo, annual giving, fundraising, investment income and grants from foundations.  In the past year contributions and special events accounted for 17% of the annual income.  Over 90% of annual expenses are spent on programming, with only 5% spent on management and general expenses.

Since 1870, YWCA Northwest Ohio has stood for the empowerment and enrichment of women and girls. Our mission: The YWCA of Northwest Ohio is dedicated to eliminating racism, empowering women and promoting peace, justice, freedom and dignity for all. During Toledo’s industrial revolution in the late 1800’s, the YWCA opened its doors to provide safe housing for young women who were leaving the rural areas to seek their livelihoods in the city. As the needs of women in our community have changed, the YWCA has grown to meet these challenges. Among the many early accomplishments:

Today the YWCA strives to meet many of the increasing needs of the community with six programs that reach many diverse populations:

YWCA Domestic Violence Shelter
The Domestic Violence Shelter was established in 1979. On average, the shelter serves approximately 500 persons a year with emergency shelter and over 6,000 people a year with other types of services. These services include: Assistance, Community Education and Outreach Services, Domestic Violence Step Down Housing, Information and Referral, Court Advocacy and Accompaniment, Safety Planning, DVS Support Groups, a 24/7 Emergency Hotline, Safe Space for Pets, Emergency Assistance, and Community Education and Outreach Services.

The Shelter provides safety from abusers, emergency food and clothing and access to police support. The staff and volunteers offer counseling and referrals to other community resources. The Shelter is an emergency crisis shelter that is open 7 days a week, 24 hours a day.

In 2005, a fire in the Domestic Violence Shelter caused smoke and water damage to a majority of the facility. Luckily, everyone was evacuated safely. The services and programs continued uninterrupted, and extensive repairs were made. The facility was reopened completely, with the one exception being the closure of the pool.

YWCA Healthy Connections
YWCA Healthy Connections encompasses two major programs: YWCA Breast Cancer Awareness and Early Detection Program and The Infant Mortality Awareness Program. Our breast cancer awareness program targets women over the age of 40 who are either under-insured or under-served and provides them with education and free screening services for breast cancer. We have provided education to over 50,000 women and 12,500 women have received clinical screening service.

Lack of mammography screenings may result in last stage diagnosis or death. This program provides education, awareness, linkage to services; case management to those women with abnormal mammograms and those diagnosed with breast cancer to un-insured/under-insured women to help in early detection of these cancers.

YWCA Touch My Hand Breast Cancer Support Group meets bi-weekly providing support and resources to women who have a cancer diagnosis or those in remission needing supportive services.

YWCA Infant Mortality Community Health Worker (CHW) serves pregnant and maternal women. Although the major focus is women 40 and under, we serve all pregnant women; linking them to services which aids in a healthy birth. The CHW provides education and awareness to pregnant women and seeks to remove barriers which may prevent the delivery of a healthy baby.

YWCA Rape Crisis Center
The rape crisis movement was developed in the early ’70’s based on a need for specific services for victims of sexual violence. In Toledo, during 1972, one woman answered that need when a series of rapes were reported and several victims requested help from authorities. Offering assistance out of her home, she quickly realized that she alone could not manage the number of callers being referred to her from local law enforcement.

A plea for help and volunteers went out to the community. Out of this effort Toledo United Against Rape was formed. The original five women began the task of recruiting people from the community to help, and enlisting help from law enforcement, medical personnel, and the prosecutor’s office in establishing the team effort that still exists today.

Since its inception in 1972, rape crisis in Toledo has been primarily a volunteer group relying on women and men from the community to provide services. Volunteers are still active in all aspects of the operation of this Center.

In 1988, Toledo United Against Rape was faced with many challenges. The need for volunteers was critical and financial support was limited. The need to grow and meet the needs of an increase in people seeking help forced us to consider merging our group with a larger agency. The Board of TUAR began meeting with local directors of human service agencies to find a home for our service. The end result of our search was to accept the YWCA’s proposal to merge with their agency.

January 4, 1989 was our first day of service as the YWCA Rape Crisis Center. Since that time, we have expanded our service area to include all of Lucas and Fulton Counties in Northwest Ohio. The YWCA Rape Crisis Center offers 24/7 services through our sexual violence hotline and through our hospital outreach program. We serve 6 area hospital emergency departments; providing in-person crisis intervention for victims of sexual violence during the Sexual Assault Forensic Exam (SAFE) Process. Additional services include: 1 on 1 advocacy, case management, legal advocacy and accompaniment, support groups, and referrals for trauma counseling. All YWCA Rape Crisis Center staff are trained and available to provide sexual assault awareness and education presentations for students, professionals, and community groups.

Without our approximately 30 active volunteers, the Rape Crisis Center would not be able to provide the comprehensive 24-hour rape crisis services that we provide to such a large population. Our crisis hotline is staffed 100% by volunteers, who answer the phone remotely via the employment of an answering service. Volunteers also help with our hospital outreach program, providing coverage for off-hour shifts. Throughout the years, the Rape Crisis Center volunteer program has received many awards at the local, state, and national levels for program structure and for the dedication and commitment of the volunteers.

The YWCA Rape Crisis Center of Northwest Ohio is one of the largest rape crisis centers in Ohio, serving approximately 2,000 survivors a year and providing education to hundreds more. Additionally, we are the only rape crisis center providing sexual assault specific services to survivors and their loved ones in Lucas and Fulton Counties. We are an active member of the Ohio Alliance to End Sexual Violence (OAESV) and partner closely with all other rape crisis centers statewide. The YWCA Rape Crisis Center has grown exponentially since our inception in 1989, but we will never forget our grassroots beginning.

YWCA Permanent Supportive Housing
YWCA Northwest Ohio Apartments: The YWCA is permanent supportive housing (PSH) project operates from a “Housing First” Model: The “Housing First” model assumes that the primary and most critical need of homeless people is safe and stable housing. The YWCA PSH program assists single women and/or women with children who are experiencing a housing crisis, to obtain appropriate, affordable housing, and providing or linking them to mainstream services that will help them maintain housing.

The YWCA endeavors to combine long-term housing with wrap-around services that will lead to improved residential stability and consequent reductions in psychiatric symptoms as well as enhanced life satisfaction and self sufficiency. “Homeless household” means a household made up of one or more individuals, who:

YWCA Youth Development
The YWCA Youth Development Department has empowered youth by providing national best practice teen pregnancy prevention programs since 1988. The YWCA’s pregnancy prevention efforts have been acclaimed in the Toledo community for over 30 years. Our goal is to assist schools, parents, and the community in providing a unified voice in the promotion of healthy life-style education.

From 1988 until 2007, the YWCA’s Incentives for Excellence (IFE) program provided comprehensive primary pregnancy prevention programming to over four thousand 6 – 9th grade students in our community.  IFE was initially implemented within the Toledo Public School System, and expanded to the Springfield district.

In 2013, the YWCA of Northwest Ohio began focusing teen pregnancy efforts in the Allen County/ Lima area. At the time Allen County had the 2nd highest teen birth rate of all 88 Ohio Counties.

Currently, Youth Development serves over 5,000 Toledo Public School students and over 500 in Allen County annually, and the YWCA’s teen pregnancy prevention efforts are making a significant difference. Teen birth rates in Lucas and Allen County have dropped nearly in half as part of a national trend that researchers attribute in large part to comprehensive sexuality education programs such as those that the YWCA provides. Although the state of Ohio has seen a decline in teen birth rates, it remains a problem for area youth. Teen pregnancy is associated with increased poverty, increased school dropout rates, low educational obtainment, and increased health issues. Through our programs, students learn resiliency, refusal skills, and goal setting which result in the ability to make more responsible and healthy choices.