The YWCA of Northwest Ohio exceeded its goals this fall in support of the local United Way campaign, reaching 102 percent of its financial target for the campaign and a participation rate of 100 percent. “The YWCA’s programs and services receive support from the United Way,” says Mark Lloyd, who served as the YWCA’s United… Continue Reading YWCA RECORDS SUCCESS IN UNITED WAY CAMPAIGN

WALKING ACROSS THE COUNTRY — TWICE!

Beginning in February, staff at the YWCA have focused on becoming – and staying – healthy. Since then, under the theory that walking is a simple form of exercise that can improve one’s general health, YWCA staff have been recording the number of steps that they take each day, as well as participating in after-work… Continue Reading WALKING ACROSS THE COUNTRY — TWICE!

MAKING A GIFT OF APPRECIATED STOCK

Though the stock market has retreated from its historic highs earlier this year, this still may be a good time to consider making a year-end gift of appreciated securities to the YWCA. Not only might you realize a tax benefit by gifting stock, bonds or mutual funds, you may also be able to increase the… Continue Reading MAKING A GIFT OF APPRECIATED STOCK

BOARD MEMBERS ENGAGE IN DIALOGUE TO CHANGE

At its retreat held last month, members of the YWCA’s board of directors focused on race and racism, as part of their introduction to the YWCA’s Dialogue to Change program. Dialogue to Change, which was originated in 2013 by the late Reverend Karen Shepler and the Toledo Community Coalition in an effort to address institutional… Continue Reading BOARD MEMBERS ENGAGE IN DIALOGUE TO CHANGE

The Junior League of Toledo celebrated more than a half century of work with the YWCA of Northwest Ohio at a ceremony early in October, presenting the YWCA with its 2018 “Community Partnership” award. The Junior League’s award commemorates its partnership with the YWCA on programs that, since 1966, have supported teens, children, and victims… Continue Reading JUNIOR LEAGUE HONORS PARTNERSHIP WITH YWCA

Triple Negative Breast Cancer (TNBC) is a particularly aggressive and difficult to treat form of breast cancer. It occurs in about 10 to 20 percent of diagnosed breast cancers and is more likely to affect black women than their white counterparts. That was the message Winda Birt, the YWCA’s director of its Healthy Connections program… Continue Reading HEALTHY CONNECTIONS DELIVERS BREAST CANCER MESSAGE

DOING GOOD – AND HAVING FUN

Good causes deserve support. And that’s why YWCA CEO Lisa McDuffie risked reputation and bodily injury as one of the featured celebrity dancers taking part in The Catholic Club’s Sock Hop fundraiser in October. She was joined on the dance floor by other area celebrities in a Dance with the Stars format that included former… Continue Reading DOING GOOD – AND HAVING FUN

ADOPT A FAMILY – FROM TOLEDO TO EL PASO

The holiday season is great time to adopt a family spending their holidays in the YWCA’s domestic violence shelter. “This can be an especially difficult time for mothers and children,” says Jan Bruggeman, director of the YWCA’s domestic violence shelter. That’s why we invite our friends in the community to ‘adopt’ a family spending the… Continue Reading ADOPT A FAMILY – FROM TOLEDO TO EL PASO

Jan Bruggeman, director of the YWCA’s emergency domestic violence (DV) shelter, has been selected to serve as a member of a statewide steering committee developing policies and procedures to address opioid addiction issues that confront providers of DV services in the state of Ohio. “The problem of addiction – and the power of the drugs… Continue Reading DOMESTIC VIOLENCE DIRECTOR NAMED TO STATEWIDE STEERING COMMITTEE 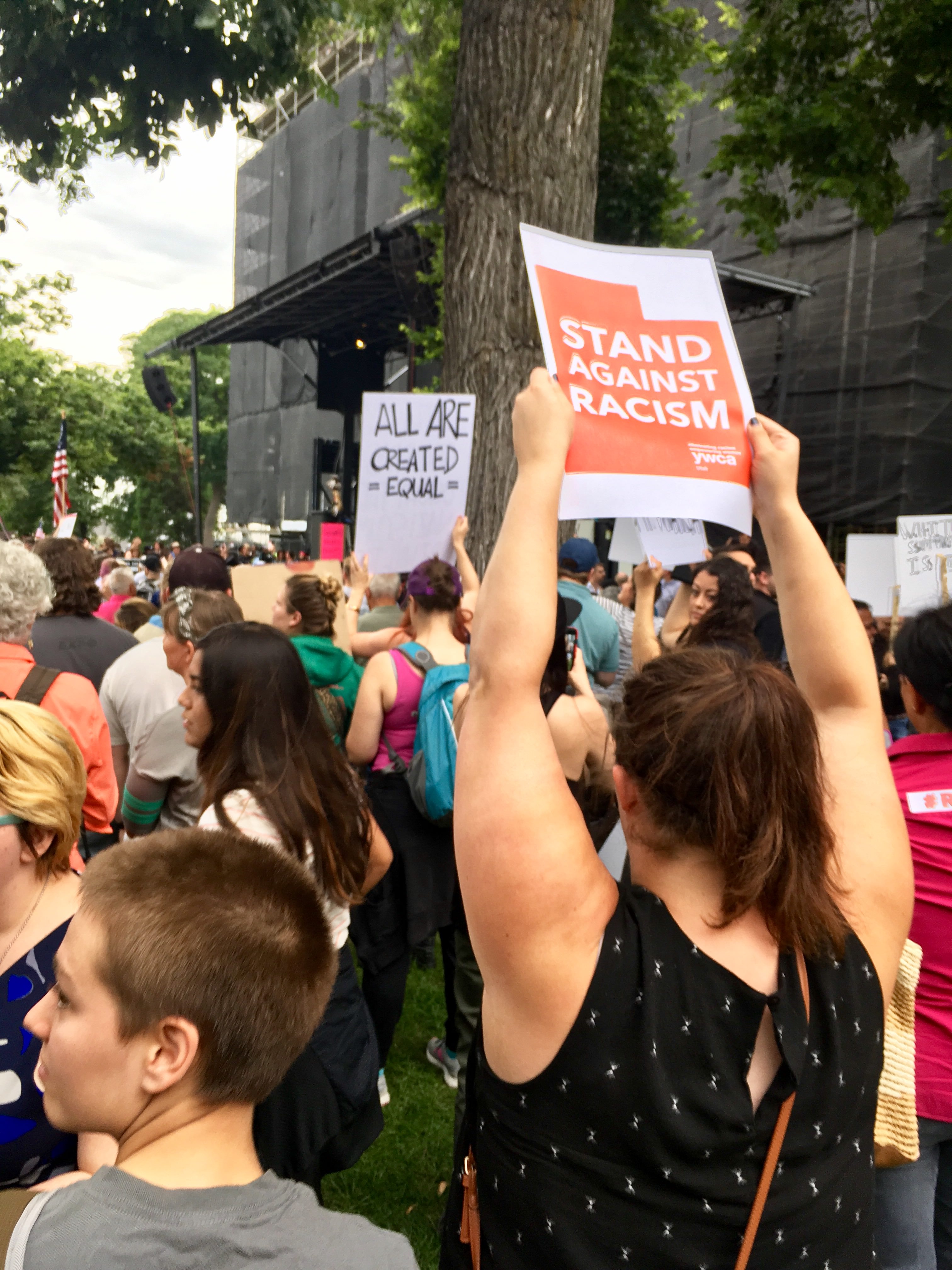 STATEMENT BY YWCA USA CEO ALEJANDRA Y. CASTILLO “Domestic violence continues to be an epidemic impacting one in four women in the United States. One of the primary reasons domestic violence continues at this pace is because abusers face little to no accountability for their actions. Often, they are protected by other people in power,… Continue Reading YWCA USA: Stop Allowing Abuse 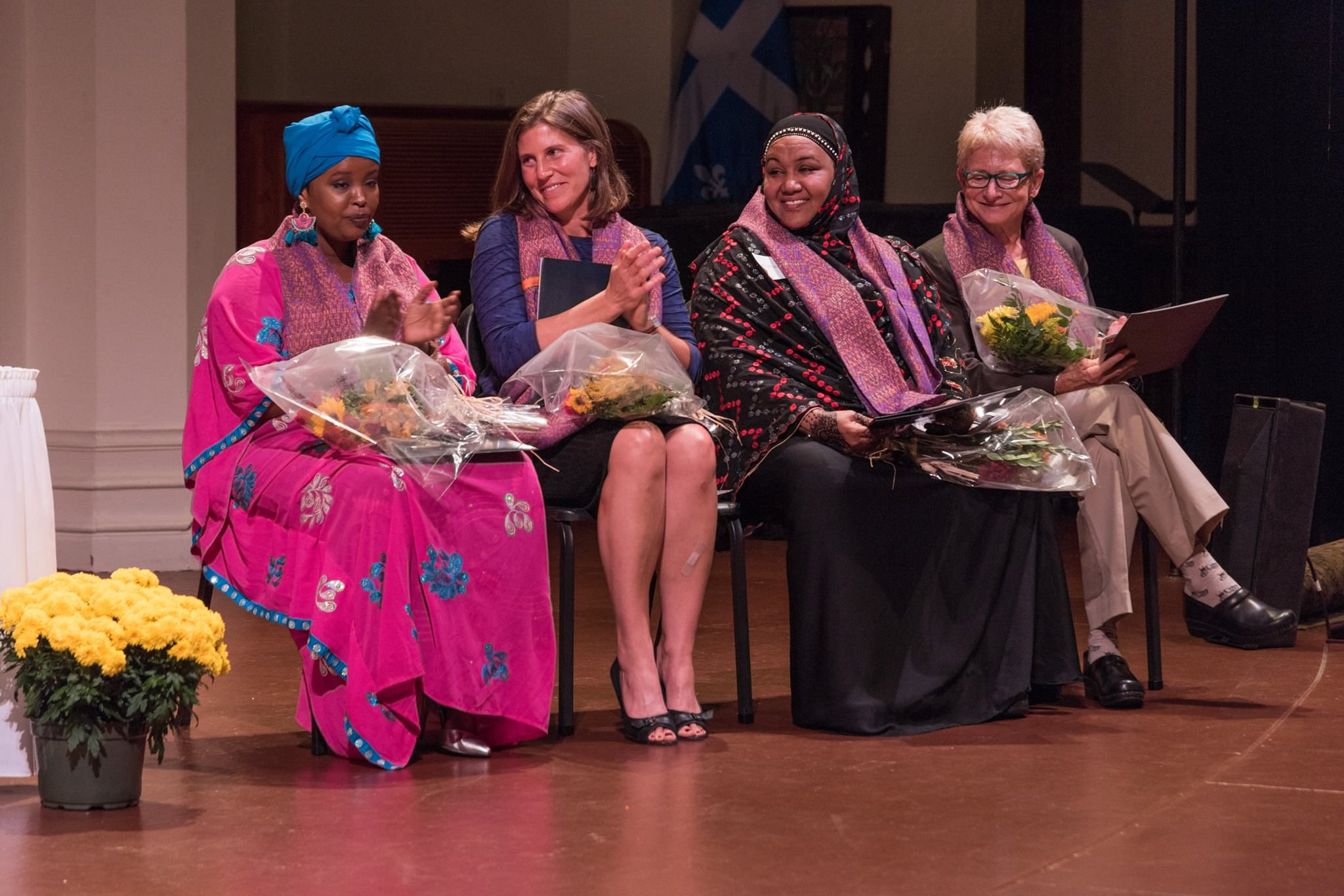 We Need Real Solutions, Not Platitudes

Statement by YWCA USA CEO, Alejandra Y. Castillo “In last night’s State of the Union address, President Trump doubled down on his standard dog-whistle of divisive rhetoric and scapegoating our most underserved communities. Last night’s litany of policies focused on building a border wall, separating immigrant families and ramping up penalties for drug offenders. He… Continue Reading We Need Real Solutions, Not Platitudes 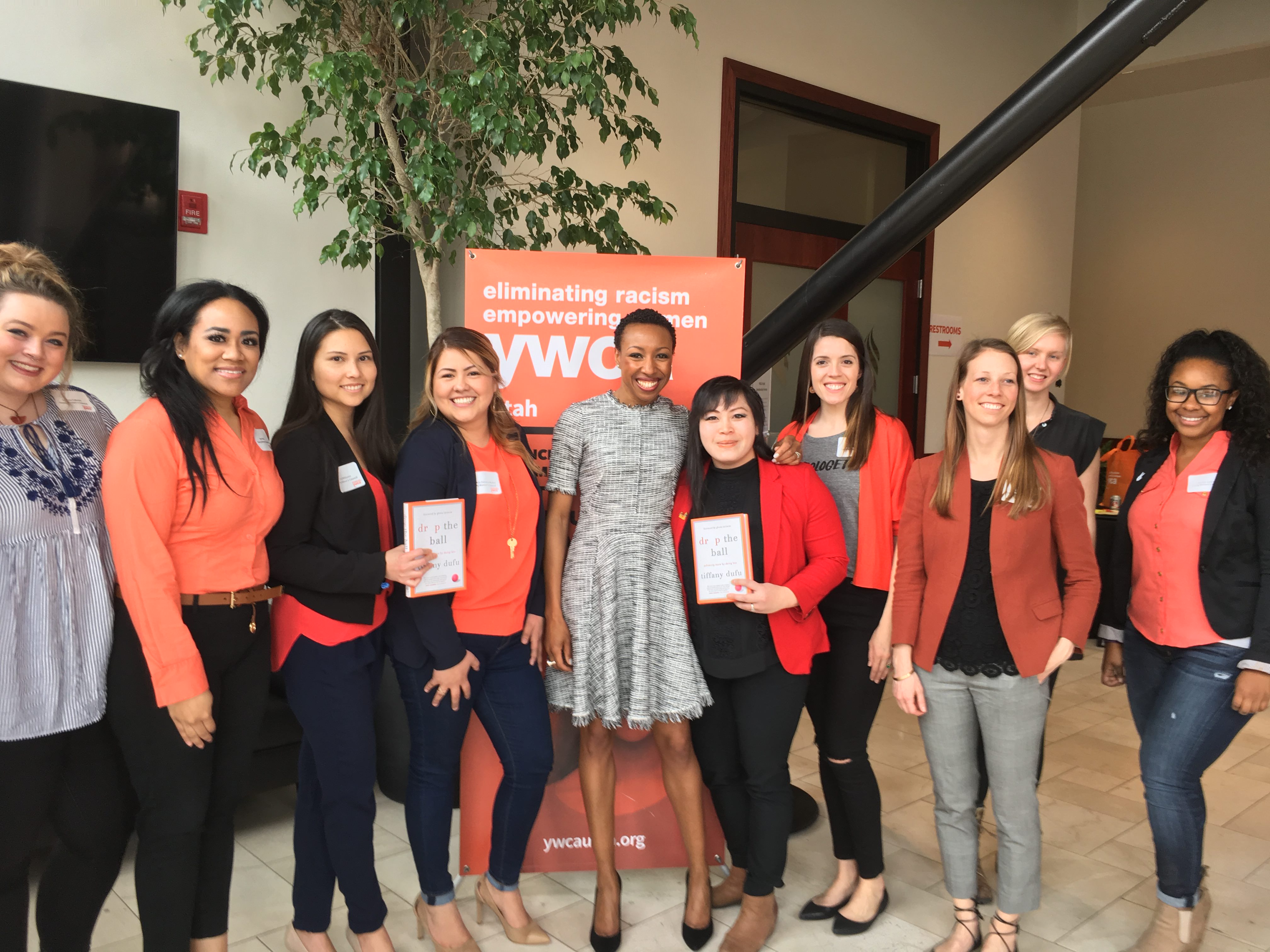 STATEMENT BY YWCA USA CEO ALEJANDRA Y. CASTILLO “We are deeply disappointed in Congress’ failure to do their jobs and fund programs that support women, families, and our communities. “The impacts of this shutdown are broad and diverse, from the expiration of the Children’s Health Insurance Program (CHIP) blatantly putting children’s health at risk, to… Continue Reading Shutdown Hurts Women, Families, And Communities Of Color 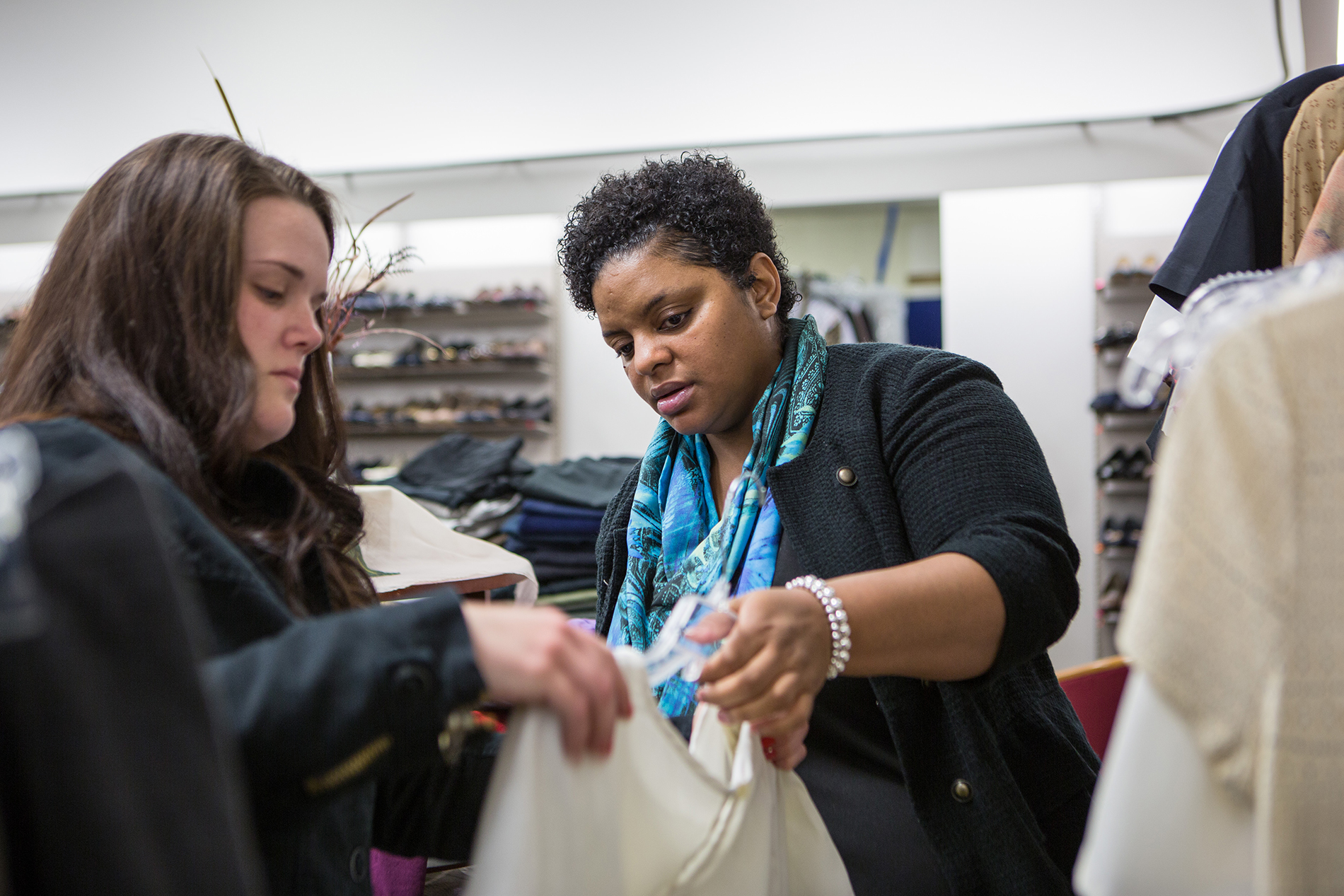 STATEMENT BY YWCA USA CEO ALEJANDRA Y. CASTILLO “Recently, new stories of sexual assault and harassment dominate the news cycle. But women, survivors and advocates confront these issues every day, whether or not they make the press. From the White House to the halls of Congress, from Hollywood to main street, men use their positions… Continue Reading YWCA USA: Support Survivors and Speak Out 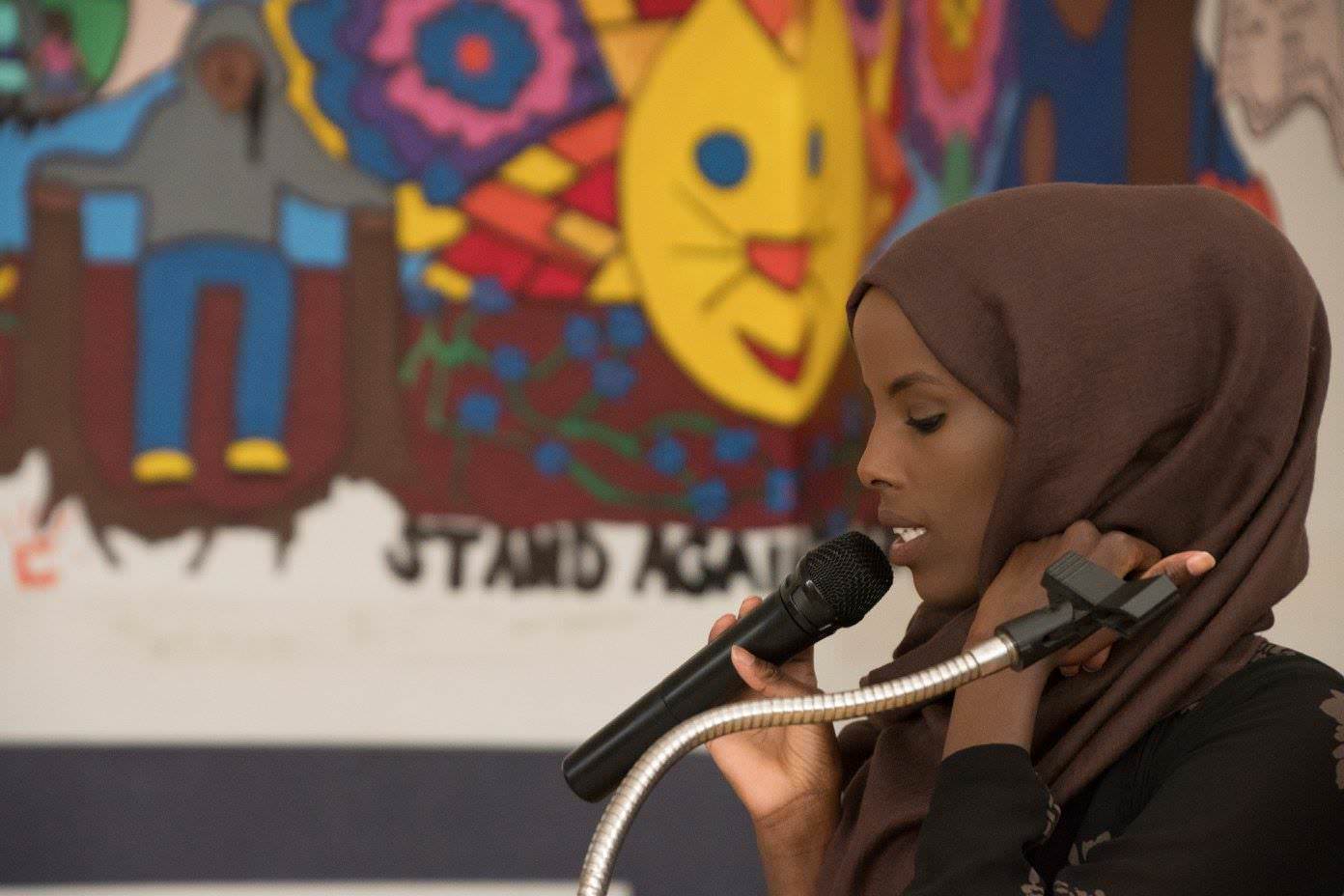 STATEMENT BY YWCA USA CEO ALEJANDRA Y. CASTILLO “Today the Supreme Court lifted the restraining order on the Muslim travel ban, leaving immigrants, refugees and families exposed to further racial profiling by the federal government. The Supreme Court has not yet ruled on the constitutionality of the ban, but we know the ban will further… Continue Reading The Muslim Travel Ban Puts Families At Risk