HomeWhat We’re DoingRacial Justice
A- A A+

The YWCA of Northwest Ohio’s approach to racial justice goes beyond changing hearts and minds. We strive to transform communities, systems, and public policy.

What We Are Doing:

The YWCA of Northwest Ohio Virtual Book Discussion Group is free and open to all adults featuring themes of racial and social justice. Groups meet via Zoom and the meeting link will be sent prior to the listed discussion date. Every book chosen is available in all formats at the Toledo Lucas County Library. 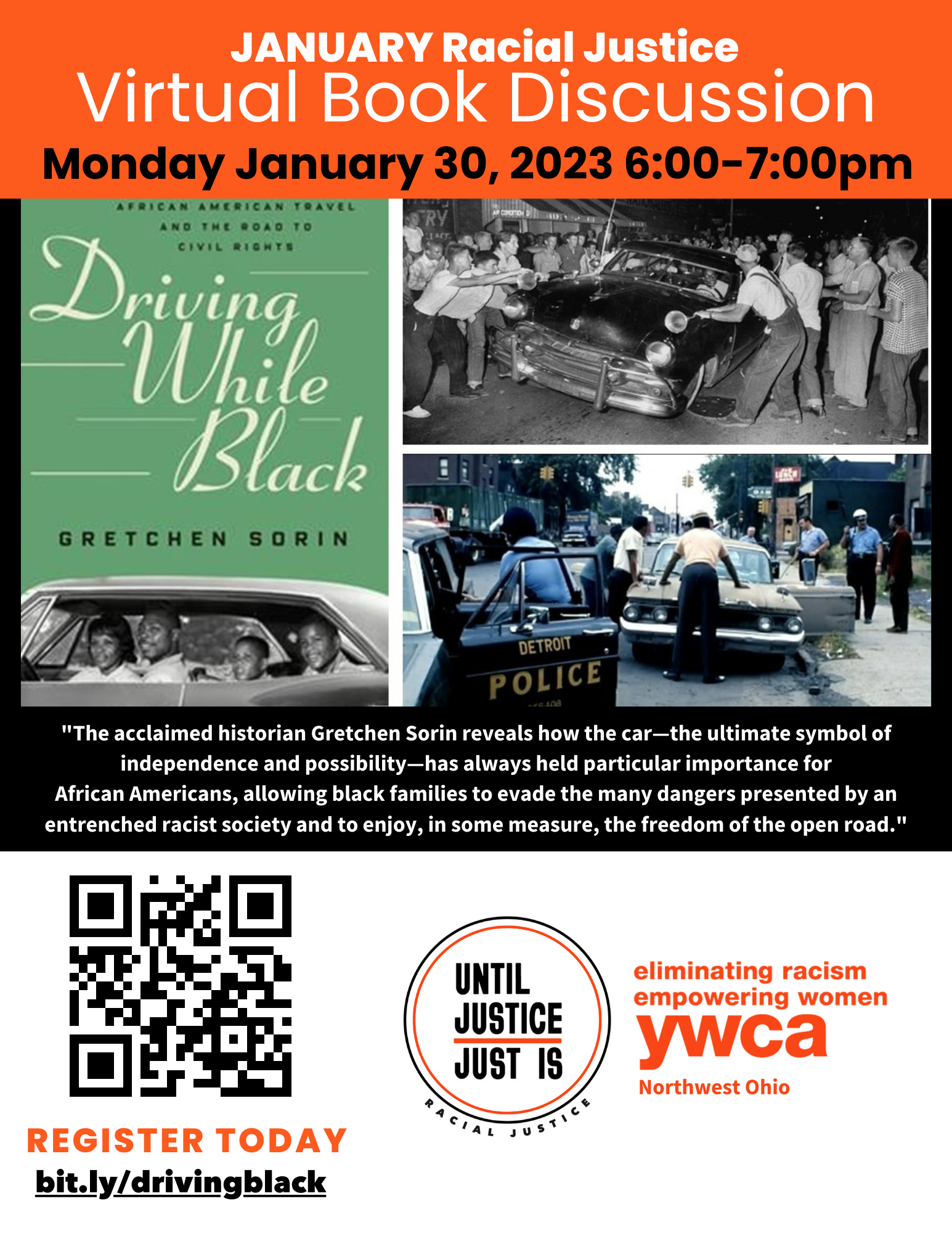 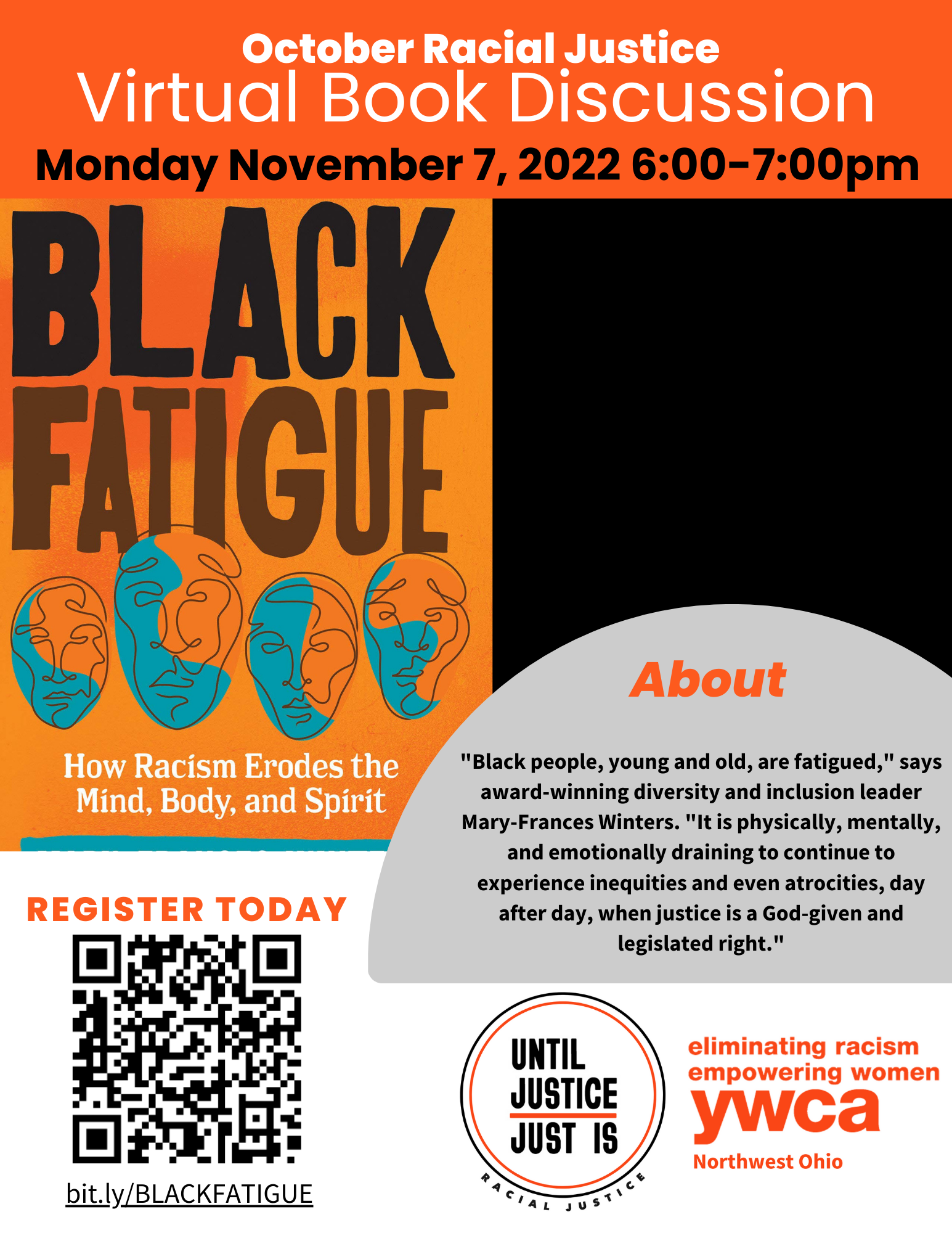 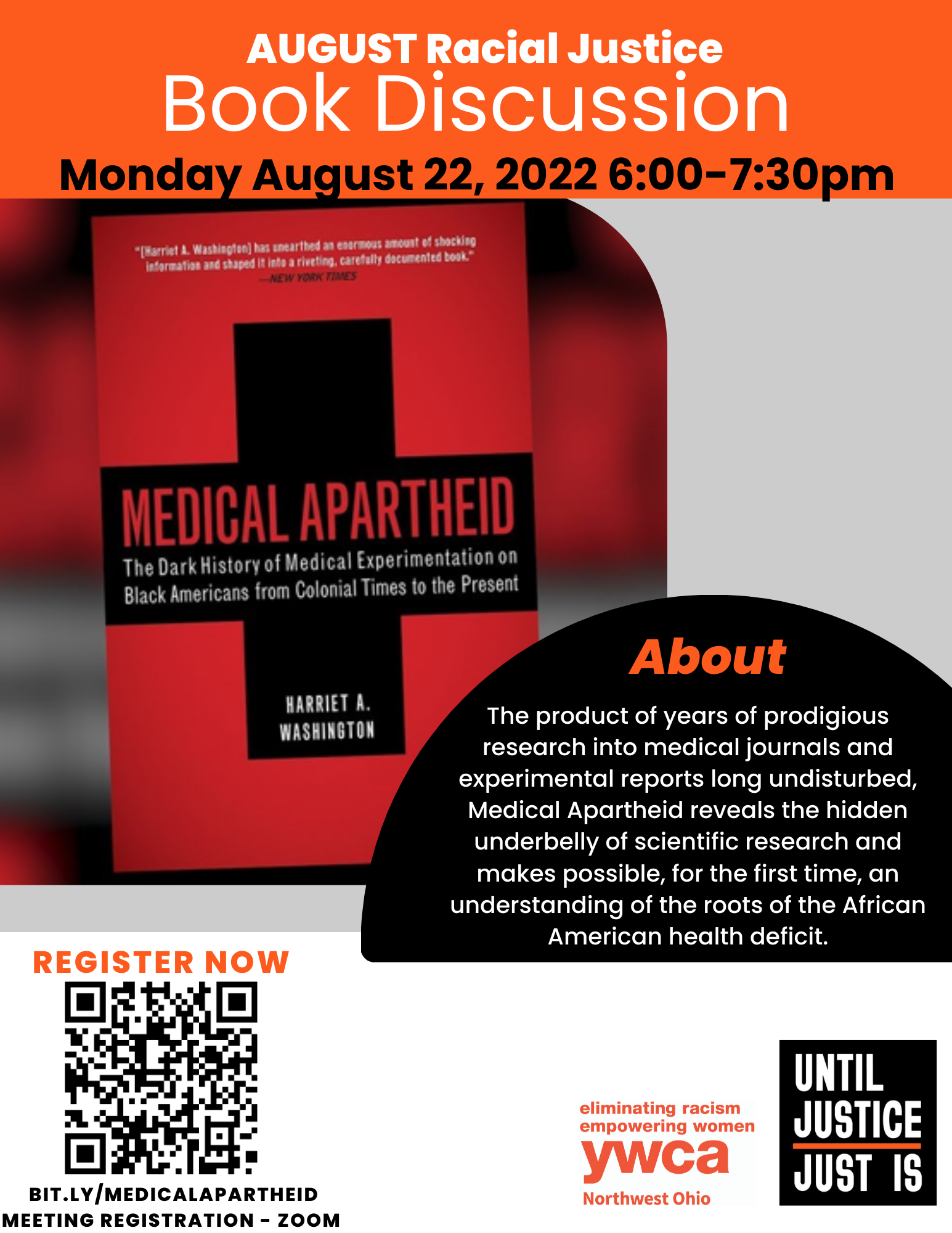 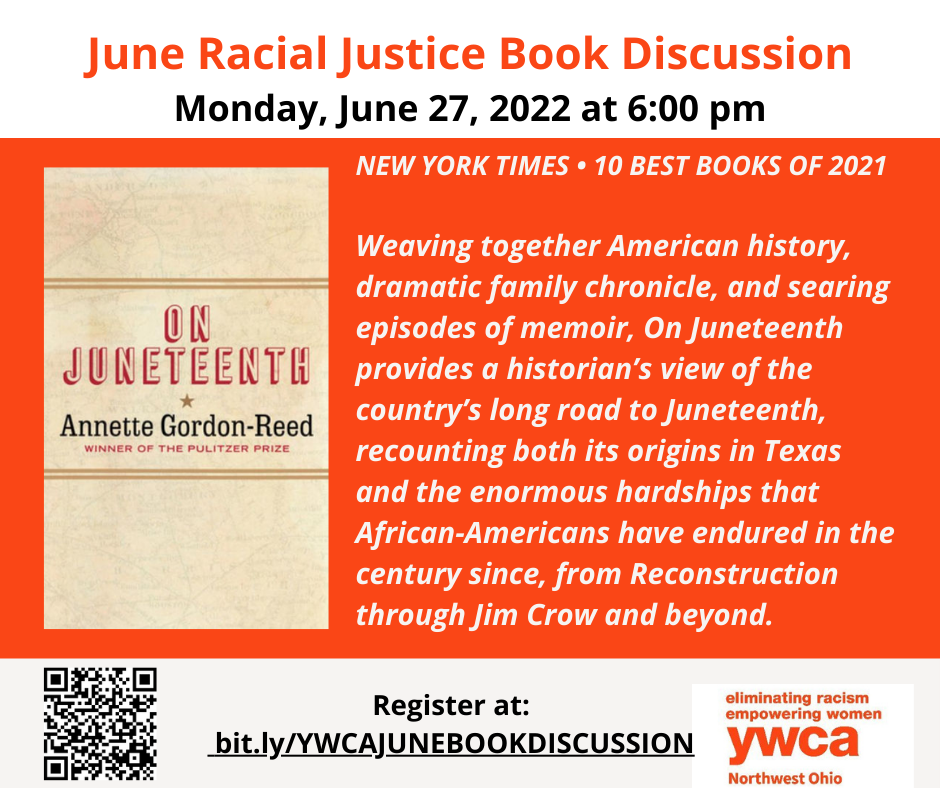 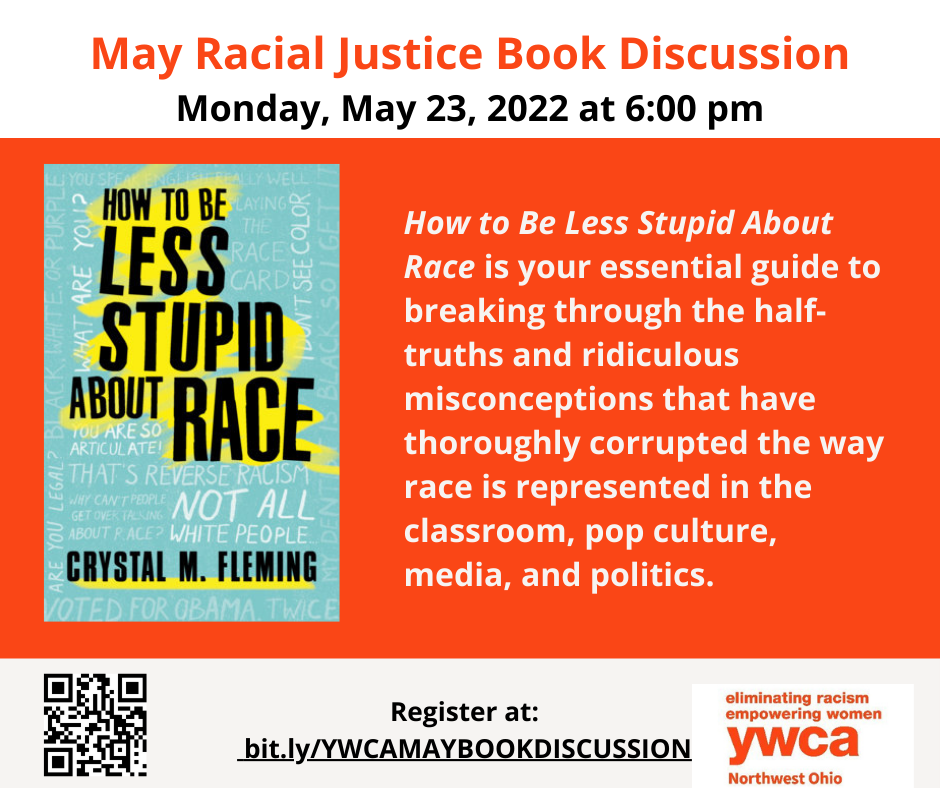 Dialogue to Change is a community enrichment program that seeks to create communal programming that efficiently advocates, while simultaneously championing and supporting Whole-Community empowerment and change. Dialogue to Change employs “face to face” facilitated conversation between members of two or more social identity groups, in an effort to positively inform, and wholeheartedly impact all groups about amicable cultural etiquette. With a focus on racial communicative etiquette, Dialogue groups give the participants the safety and freedom to discuss race, cultural differences and shed light on their own implicit biases. 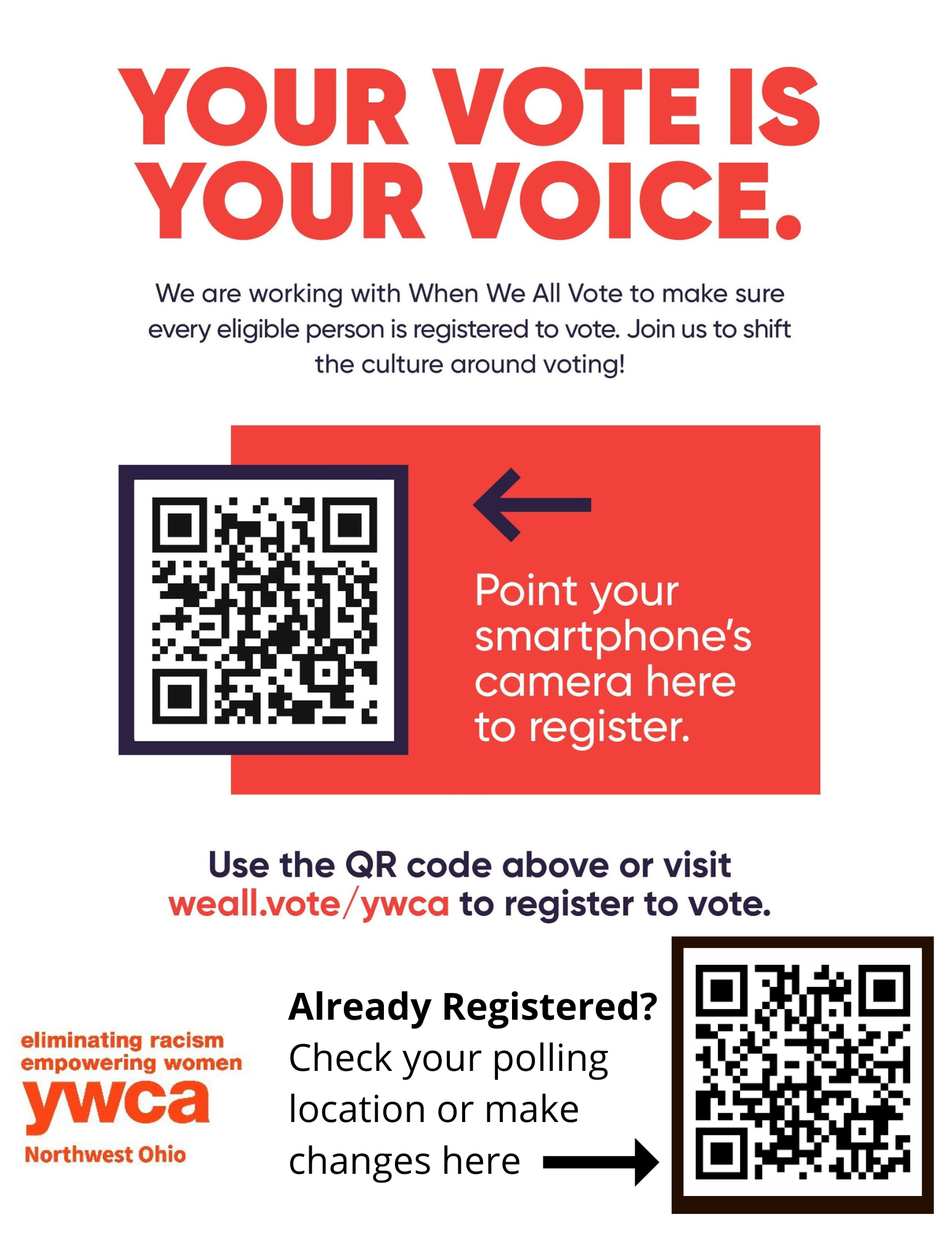 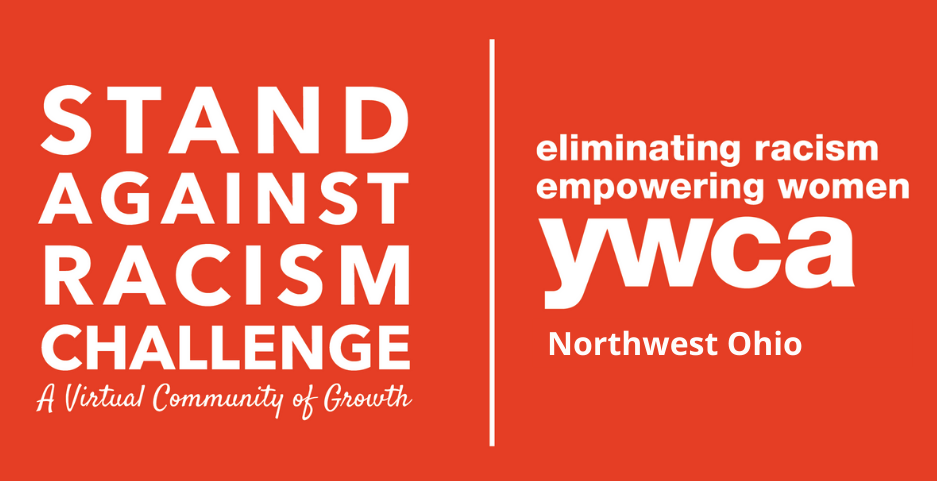 We are very excited to announce the national launch of the Stand Against Racism Challenge: A Virtual Community of Growth. Previously known as the 21-Day Racial Equity and Social Justice Challenge, this is the same program developed by YWCA Greater Cleveland with all new content and challenge material for 2022. 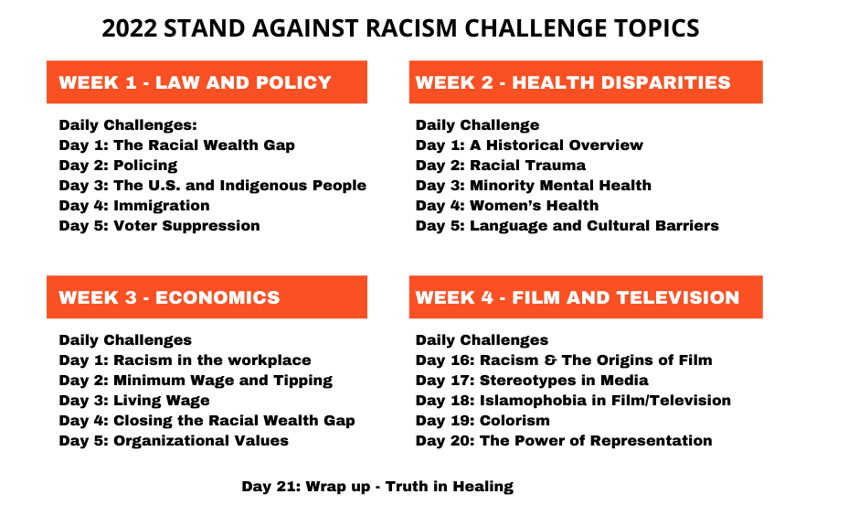 The Stand Against Racism Challenge is a virtual learning tool designed to create dedicated time and space to build more effective social justice habits, particularly those dealing with issues of race, power, privilege, and leadership. Participants will be presented with 21 days of impactful challenges such as reading an article, listening to a podcast, reflecting on personal experience, and more in the Stand Against Racism app or website. Participation in an activity like this helps us to discover how racial injustice and social injustice impact our community, to connect with one another, and to identify ways to dismantle racism and other forms of discrimination.The 2022 Stand Against Racism Challenge launched Monday, April 4th, and continues through May 2nd. Registration is still open!

YWCA of Northwest Ohio wants to thank and acknowledge Dr. Eddie Moore Jr., Debby Irving, and Dr. Marguerite Penick for their leadership in the field of racial equity as exhibited in their 21 Day Racial Equity and Habit Building Challenge and the movement they helped to initiate. YWCA’s content is independently designed, written, and curated by YWCA Greater Cleveland staff as part of racial equity and social justice programs offered to the community.

Juneteenth commemorates June 19, 1865, the day when the last of the enslaved African Americans in Texas learned that they were finally free – two and a half years after Abraham Lincoln signed the Emancipation Proclamation. Juneteenth, also thought of as the African American Independence Day or Freedom Day, is a celebration of the official end of slavery. This day has long been observed by African American communities through celebrations, parades, festivals, and annual pilgrimages back to Texas.

The YWCA of Northwest Ohio already recognized Juneteenth as an agency holiday by granting staff the day off for reflection and education before the Government declared Juneteenth as a National Holiday last year. The Government’s declaration of Juneteenth as a national holiday is a major accomplishment after years of advocacy from several organizers and legislators to recognize Juneteenth’s significance.

Juneteenth holds significance in many other ways, especially during the past few years when our country has seen nationwide incidences of brutal police violence, mass shootings, public acts of racism, voter disenfranchisement, and laws against teaching about the true history of racism. “Juneteenth represents how freedom and justice in the US has always been delayed for Black people.” We can never eliminate racism if we don’t acknowledge our country’s history and how it affects the present and future of Black People.

On this Juneteenth we celebrate freedom and African Americans’ achievements, culture, and history. We also take this opportunity to reflect on the significant work that still needs to be done to eliminate racism, achieve equity for Black people, and ensure liberty and justice for all.

Stand Against Racism, our annual campaign which builds community among those who work for racial justice, raises awareness about racism, and encourages community members to take action for change.

The 2021 Stand Against Racism Conference was held virtually on April 22nd and 23rd.

See the highlights below: 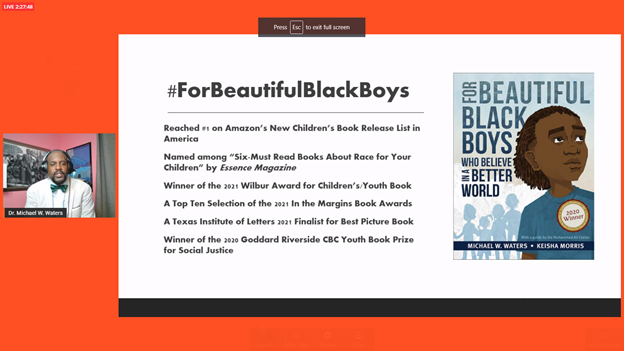 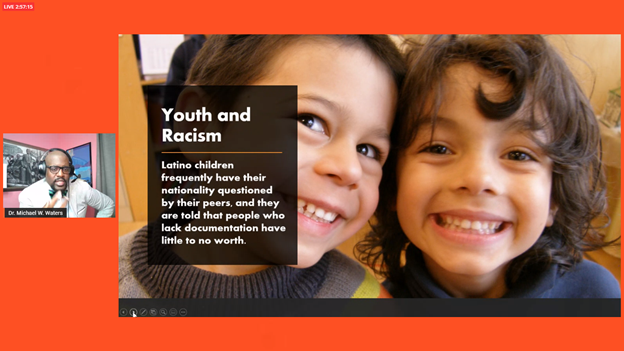 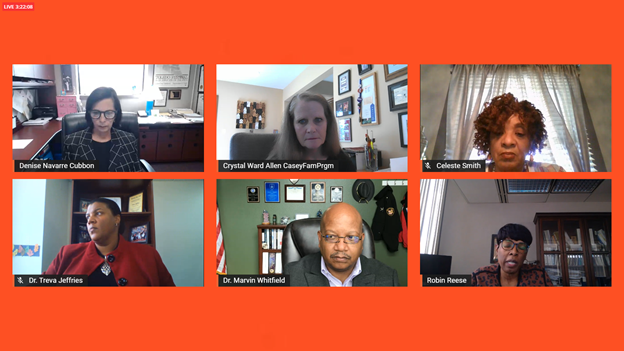 Dr. Elhai also presented at Day 2 of the 2021 Stand Against Racism Conference, featured here with our CEO, Lisa McDuffie! 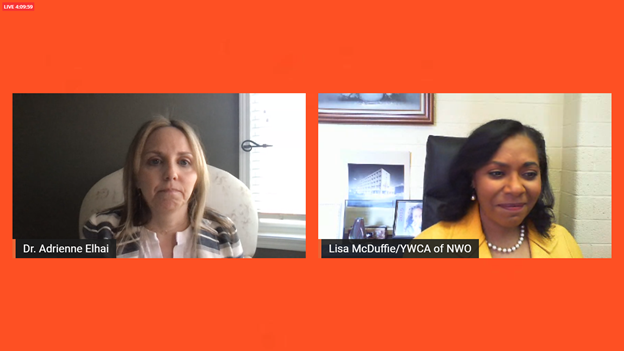 Extensive information on mental health and substance use resources for people of color. Their mission is equal access to life-saving resources. They have guides for black, Latinx, Asian, and Native people. Click here for more information. 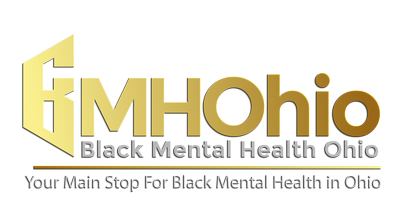 The film was available July 16-19. If you would still like to view bias, it is available
through Hoopla with your Toledo Lucas County Public Library card or on Amazon Prime. 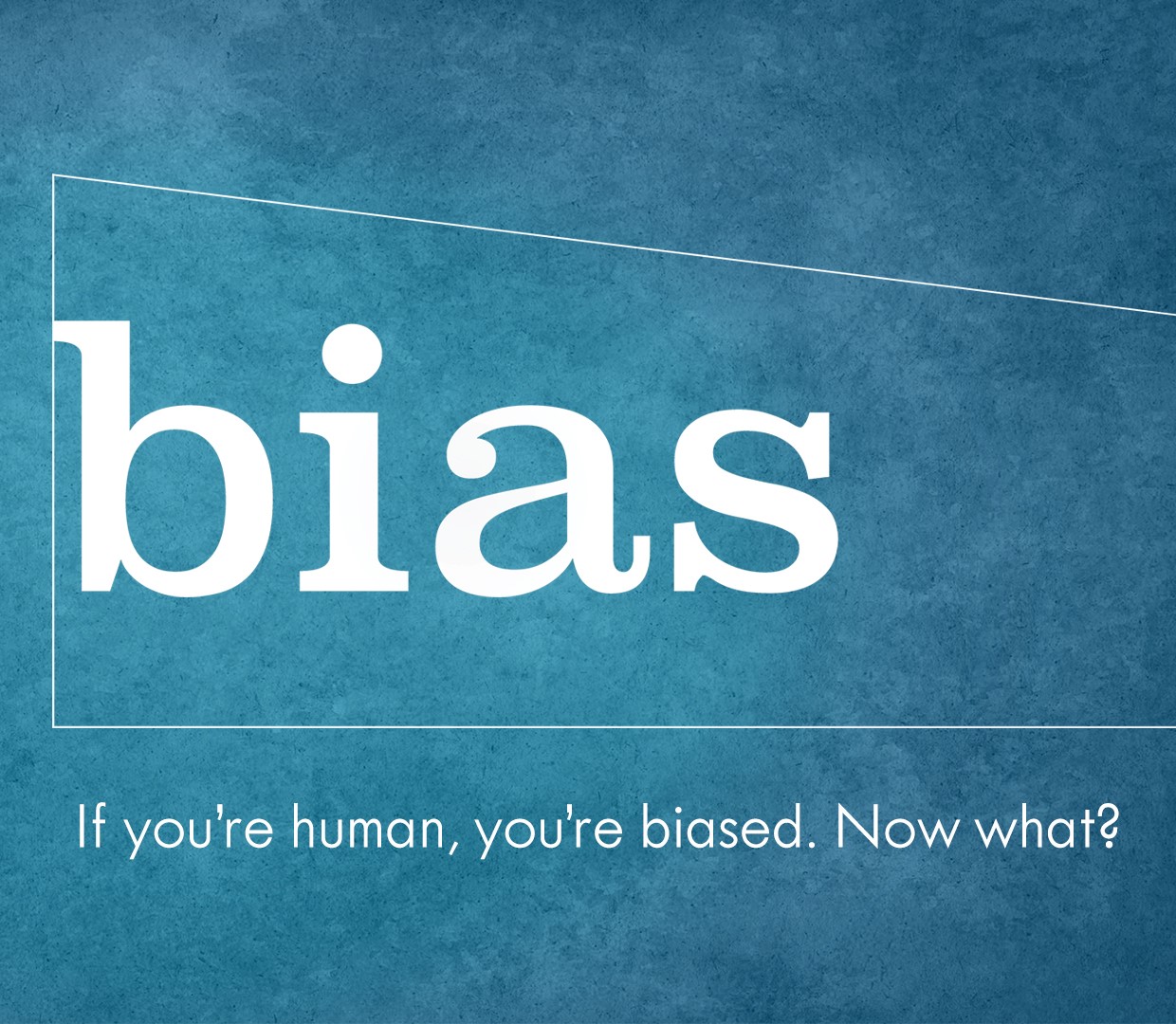 bias is a film that challenges us to confront our hidden biases and understand what we risk when we follow our gut. Through exposing her own biases, award-winning documentary filmmaker Robin Hauser highlights the nature of implicit bias and the grip it holds on our social and professional lives.

Why Congress Should Declare Racism A Public Health Crisis
more

Racist policies, regulations, and laws have created inequitable communities disproportionately burdened by injury, disease, and premature death. Racism is a risk factor for toxic stress, a root cause of some of the most harmful, persistent, and expensive health challenges for our nation. Toledo/Lucas County is not immune.

We are proud to join with our sister YWCAs to participate in #YWCAHillDay. Our collective efforts can root out injustice, transform institutions, and create a world that sees women, girls, and people of color the way we see them: Equal. Powerful. Unstoppable. Join us in calling on our Membersof Congress to declare that racism is a public health crisis: bit.ly/3wJtPcQ #UntilJusticeJustIs #YWCAHillDay #RacismIsAPublicHealthCrisis

Delegates from the Ohio YWCAs met virtually with staff from the offices of Representatie Marcy Kaptur, Senator Rob Portman, and Senator Sherrod Brown to urge them to cosponsor the Anti-Racism in Public Health Act of 2021 (S. 162/H.R. 666) and declare racism a public health crisis. 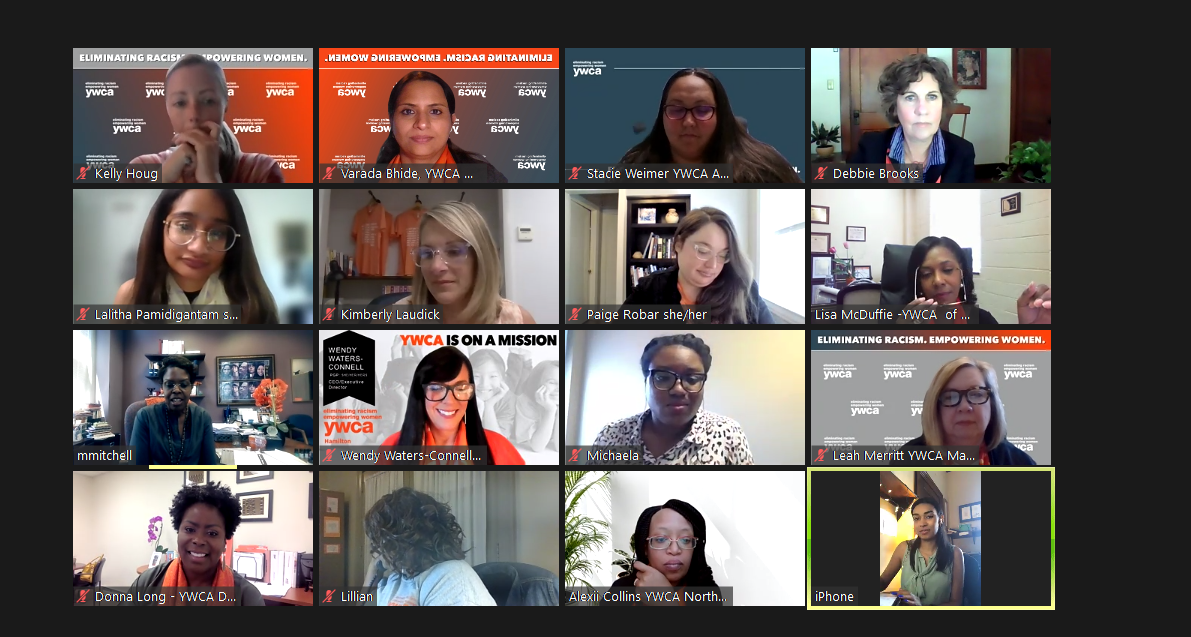 YWCA supports measures at the national, state, and local levels to advance and ensure human rights for women and girls around the world. YWCA NWO supports the ratification of the Convention on the Elimination of All Forms of Discrimination Against Women (CEDAW), a comprehensive, international agreement on eliminating discrimination against women in every sphere – economic, political, and social.

The YWCA of Northwest Ohio and Healthy Lucas County partner to present a series of Lunch & Learns focusing on health equity and disparities. 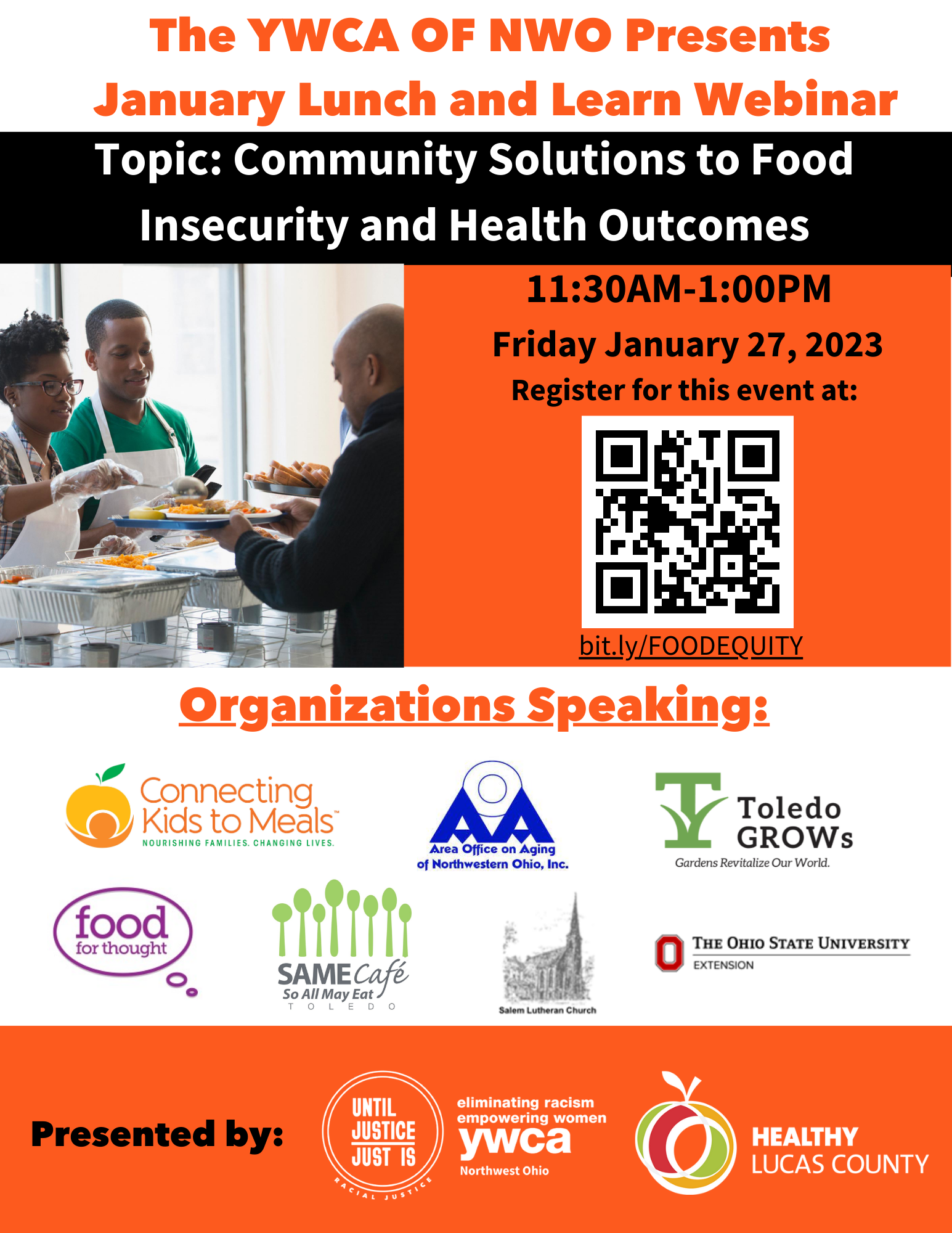 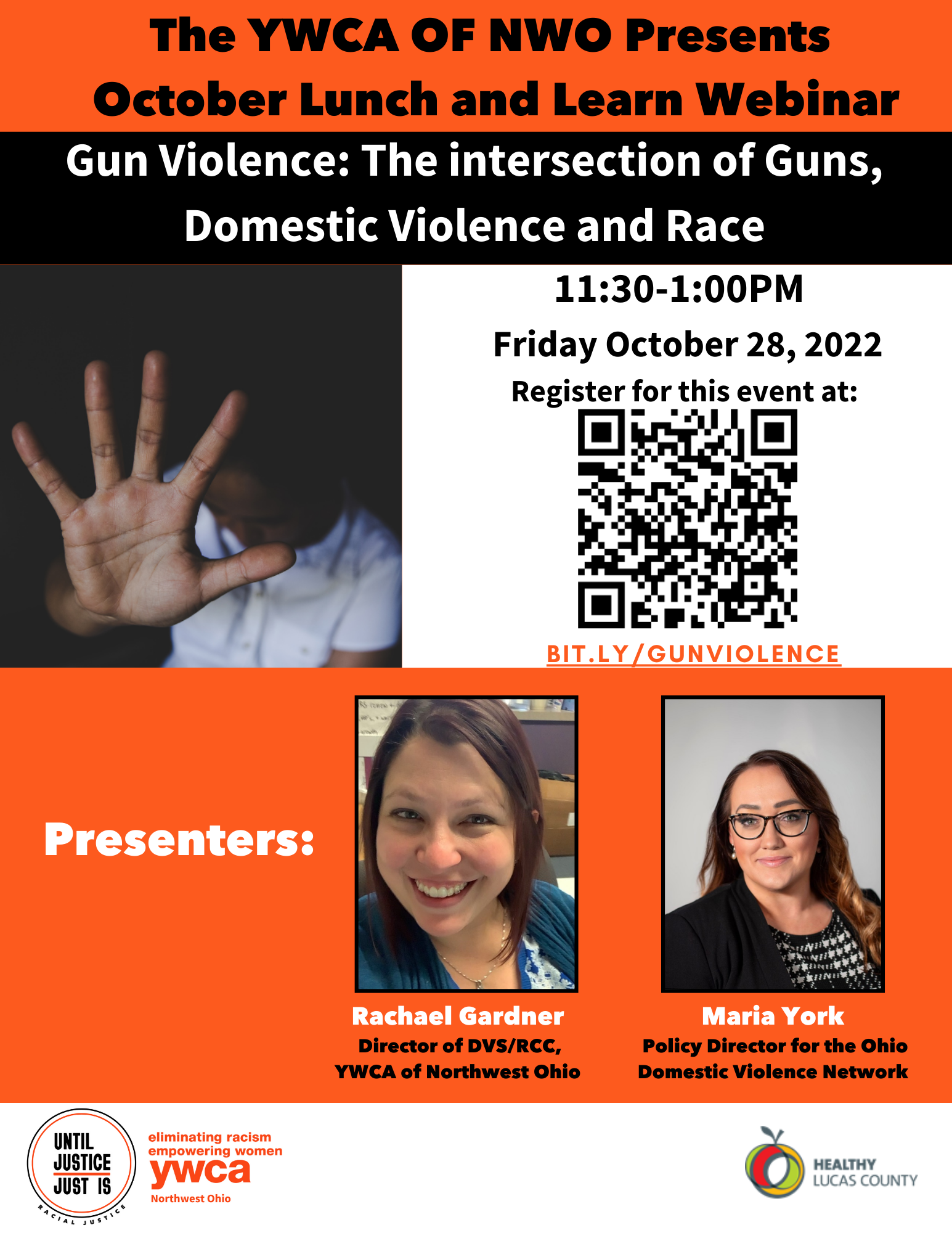 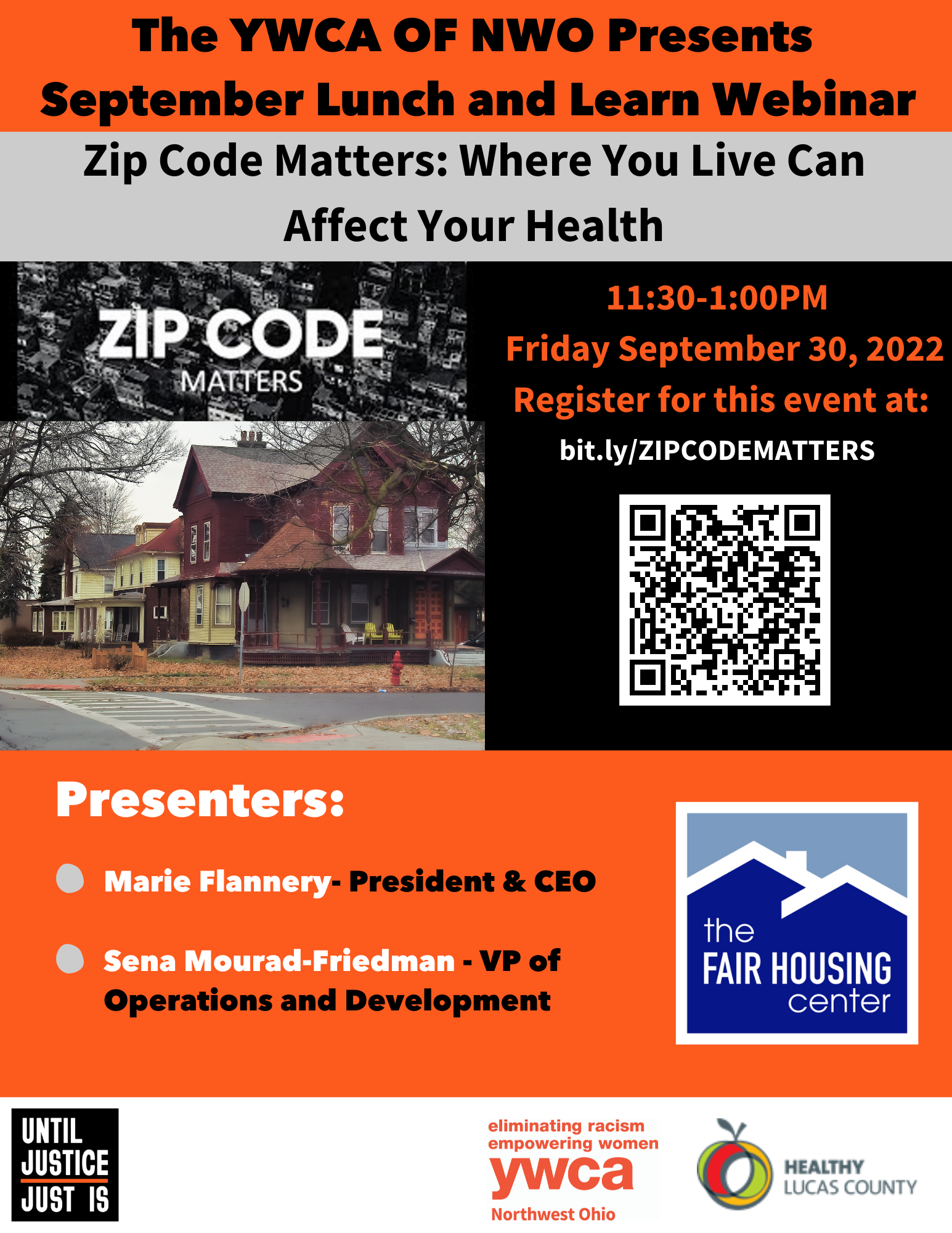 Moving From Theory To Action

Why Black Babies Are Dying

The Power To Heal

Intersectionality and Barriers Faced By People With Disabilities

The Survivor's Journey: Trauma Focused Work And Disparities For People of Color

If you have any questions about our racial justice department, please contact acollins@ywcanwo.org or 419.241.3235 ext. 122.